The new Transformers ride doesn't debut at Universal Studios Florida until sometime this summer, but the Autobots have already arrived. On Monday March 4th, walk-around characters Optimus Prime and Bumblebee greeted guests for the first time in front of the NEST Headquarters, which will soon house the heroic Autobot's high-tech 3-D dark ride simulator.

Here are some photos of the "Robots In Disguise" meeting their Floridian fans for the first time, along with images of the new Supply Depot gift shop on its first day of operation. Expect the store and characters to be available on a regular basis from now until the ride debuts in the coming months. 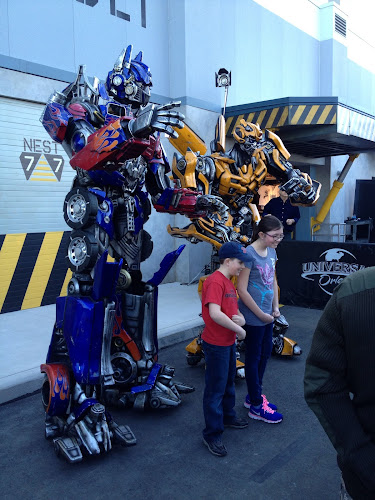 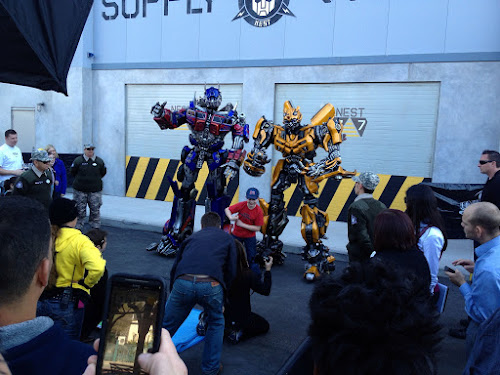 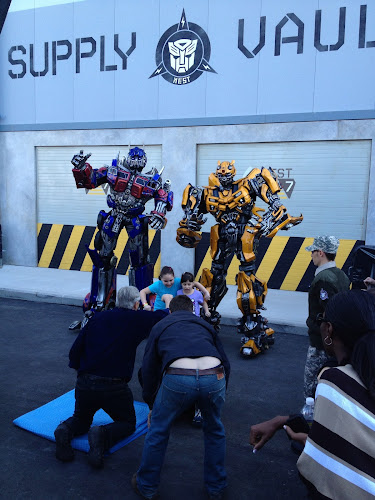 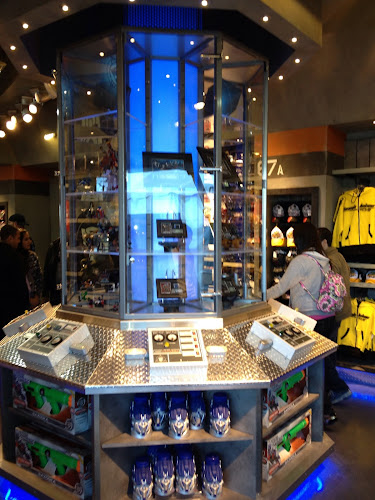 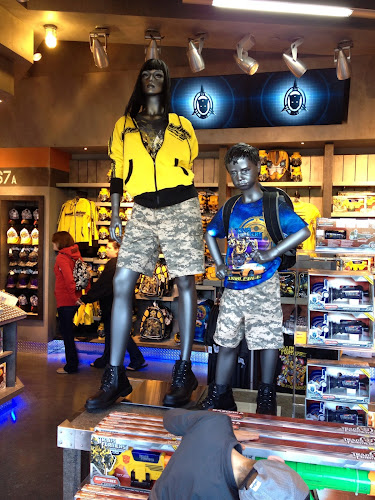 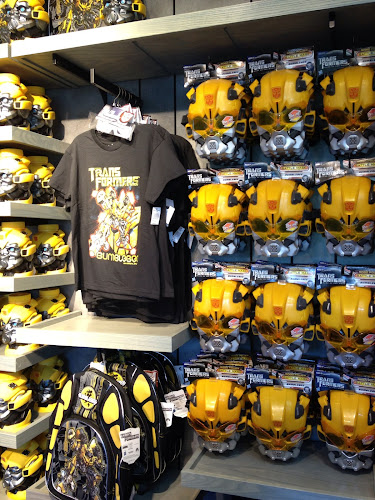 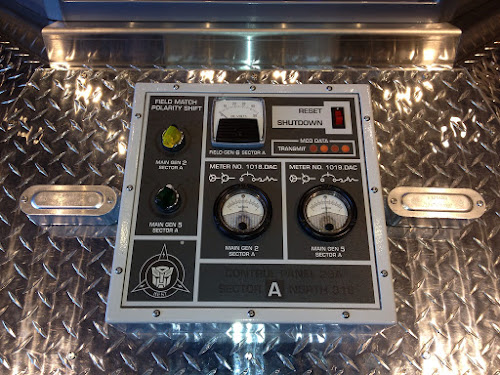 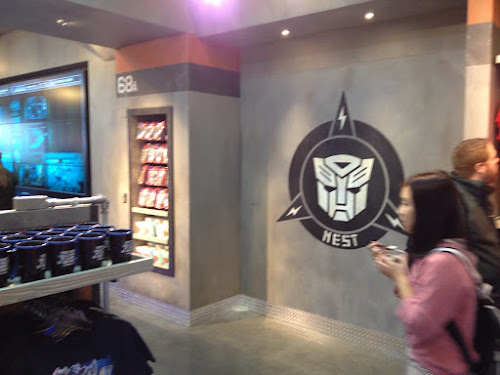 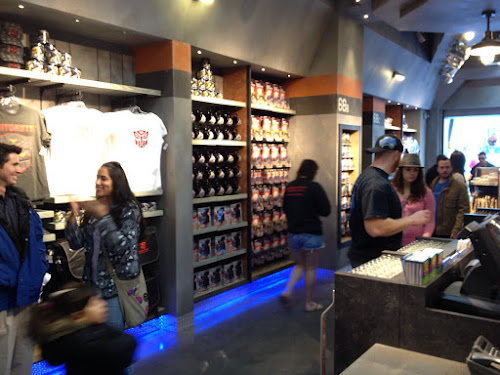 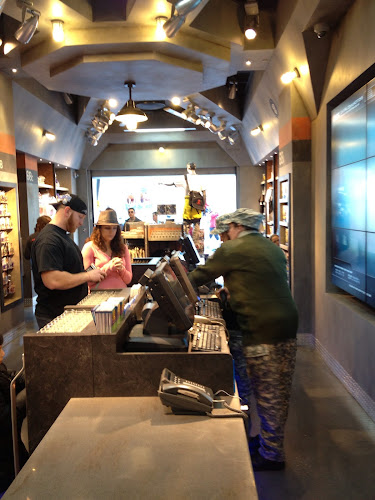 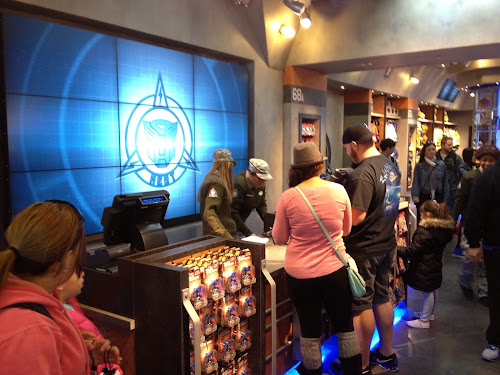 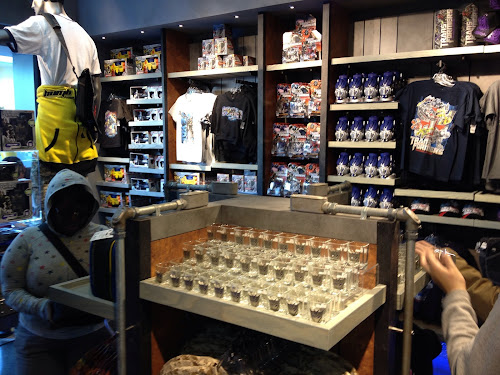 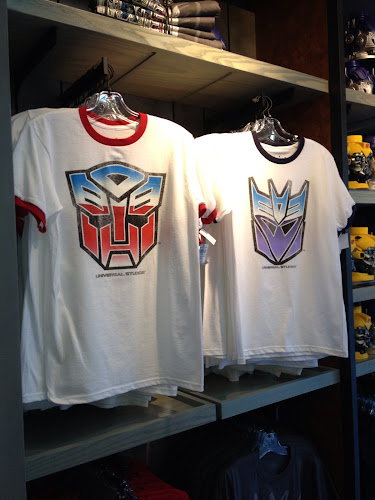 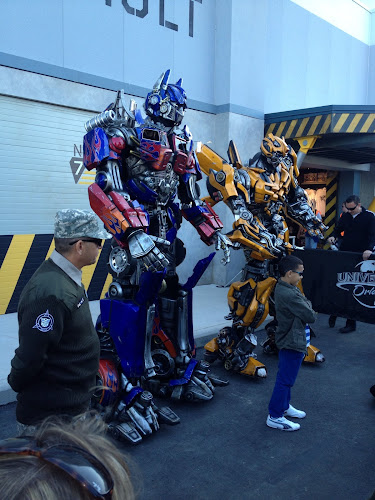 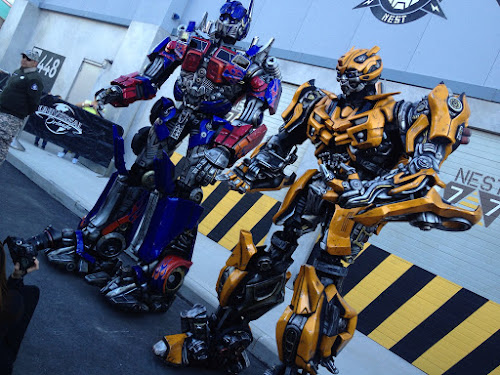 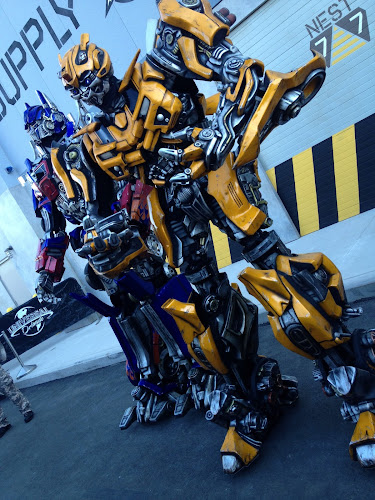 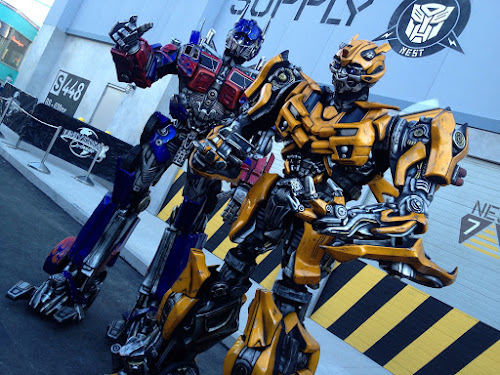 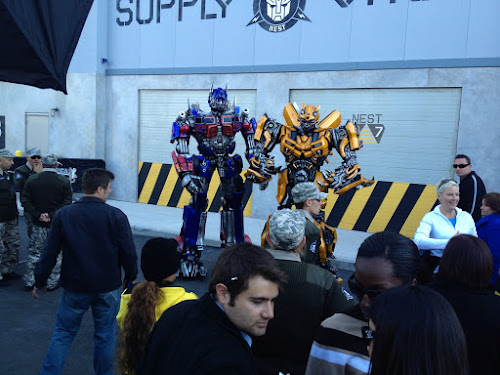