The Lake Ivanhoe holiday lights, a half-century old seasonal Orlando holiday tradition, returned on Friday November 22, 2013 after a nearly two decade absence. The lights atop the former OUC plant at 1111 N Orange Ave, which alternate flashing "HAPPY HOLIDAYS" and "HAPPY NEW YEAR," were first lit in the 1950s, and last appeared in the 1990s. 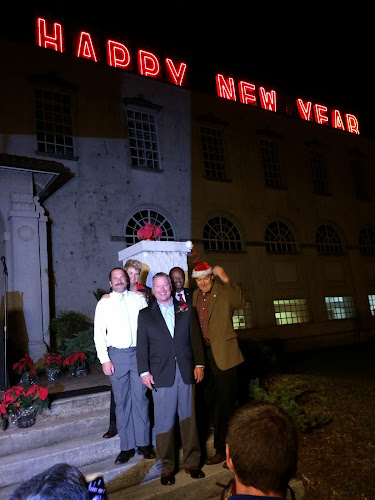 The Ivanhoe holiday lights were restored for this year thanks to a campaign spearheaded by the Ivanhoe Village Main Street. Watch the following video of of the re-lighting ceremony with Mayor Buddy Dyer and Commissioner Robert Stuart. 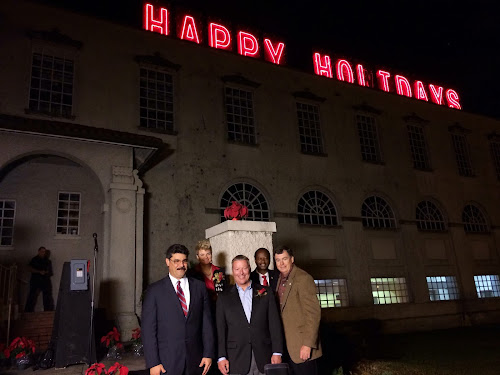