March 07, 2012
If you are a fan of cable TV's Science Channel, you are probably familiar with Obscura Antiques & Oddities, the store featured in the popular reality show "Oddities." A bit like "Antique Roadshow" meets "Ripley's Believe it or Not," the program documents the bizarre and sometimes disturbing objects bought and sold by a New York antiques store.
The shop recently moved to a new venue on Manhattan's Avenue A, and on Sunday I was lucky enough to be among the first customers allowed inside the new location. Though the new shop is smaller than a New York efficiency apartment, it is significantly larger than the former store ("it looks larger on TV" is a common customer comment, according to an employee I spoke with.)
During my visit, the shop was still very much a work-in-progress, with merchandise being moved into display cases. And unfortunately their contract with the Science Channel forces them to request that visitors not take photos inside.
But if you visit, you can expect to see mummified severed hands, elaborately carved craniums, pickled brains, dedicated pituitary glands, stereoscopic images of horrid diseases, a life-sized paper-mâché anatomical model, and lots and lots of decaying taxidermy animals -- especially monkeys. If that sounds like your cup of tea, the store is open 7 days a week, and you may even bump into owners/TV stars Mike Zohn and Evan Michelson. Just be sure to say "hi" to the skunks and skulls in the window! 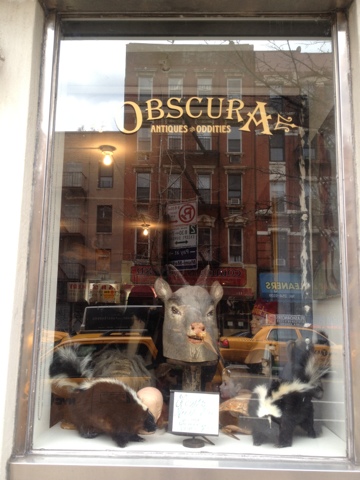 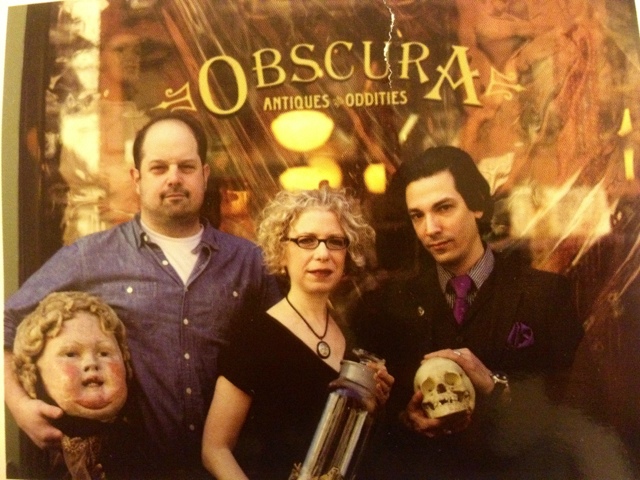 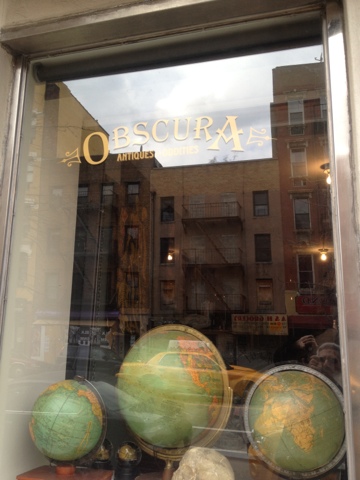 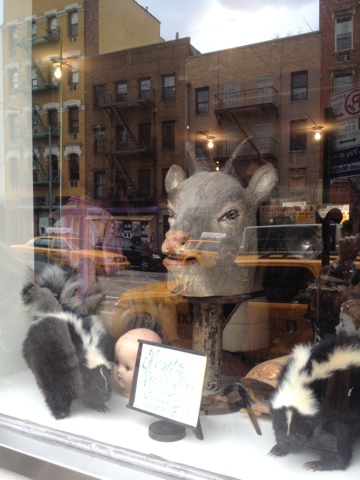