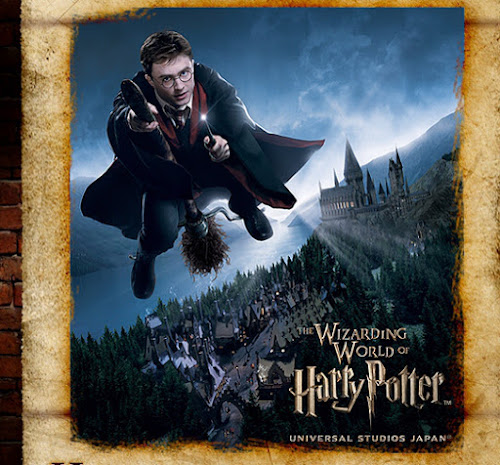 This just in: Universal Studios Japan has announced plans to bring The Wizarding World of Harry Potter to its Osaka theme park. The expansion is expected to open in late 2014, and include Hogwarts Castle with the signature Forbidden Journey ride found at Orlando's Islands of Adventure.

This new development is addition to the previously announced Harry Potter additions coming to Orlando and Hollywood, and may even open before them. No word yet exactly where in USJ the Wizarding World will be wedged in, but an LA Times article suggests it will not replace an existing attraction.

USJ is already home to the last remaining installations of Universal's Jaws and Back to the Future rides, as well as a version of IOa's Spider-Man, and the unique Space Fantasy indoor roller coaster. When the Wizarding World is complete, Japan might have world's best Universal theme park, to go with the top Disney park (DisneySea).

Who else is up for a trip to Japan?