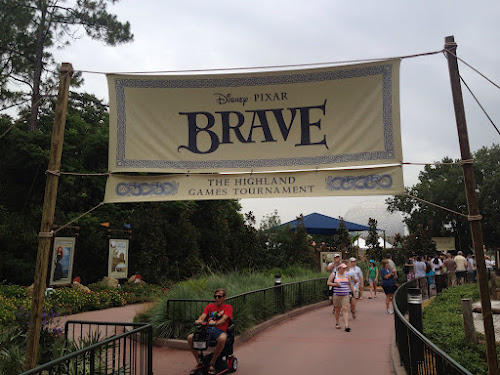 Brave -- the latest computer-animated film from Pixar, and their first to feature a female protagonist -- opens in movie theaters on June 22. To promote the film, a "Highland Games Tournament" interactive experience has been installed in Epcot along the rose path between the Imagination and Canada pavilions.

Elements of this minor attraction include a jungle gym, archery game, and toy caber toss, all in keeping with the film's Scottish theme. There are also banners advertising other promotional tie-ins, like Adventures by Disney guided tours. At the end of the short path, guests are given a complimentary pack of photo postcards with puzzles and games on the back.

I visited on a moderately attended, overcast weekday, but there was still a substantial line of people waiting to try their hand at these "highland games." There was also a camera crew present, filming guests reactions to the experience.

Enjoy these photos, and stop by to see the Brave exhibit for yourself if visiting Epcot this summer. 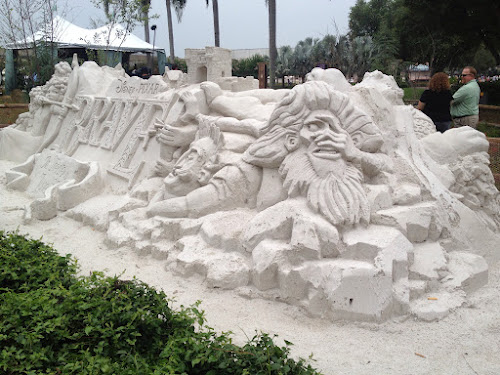 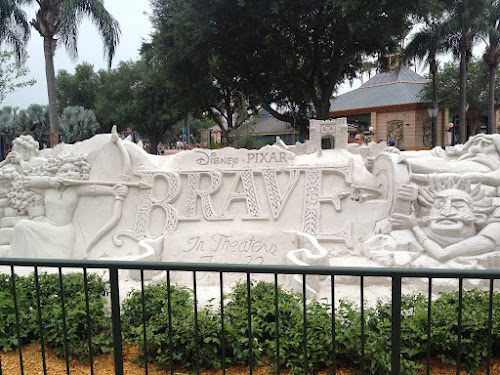 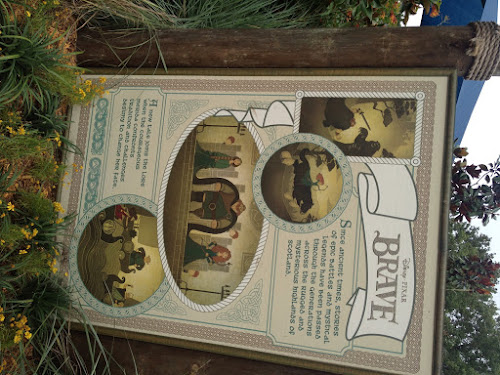 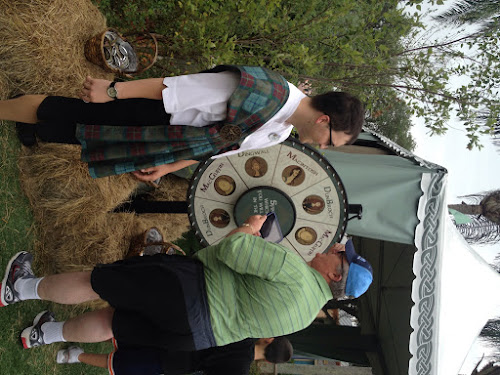 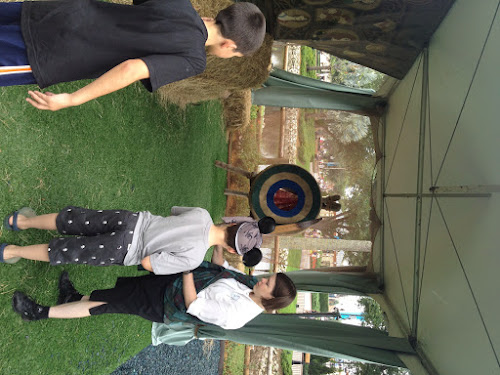 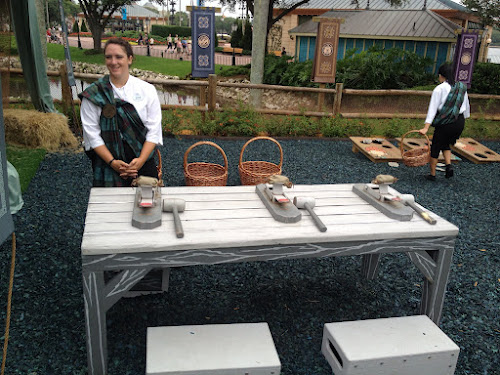 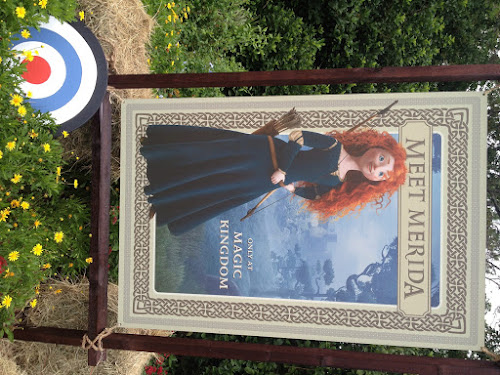 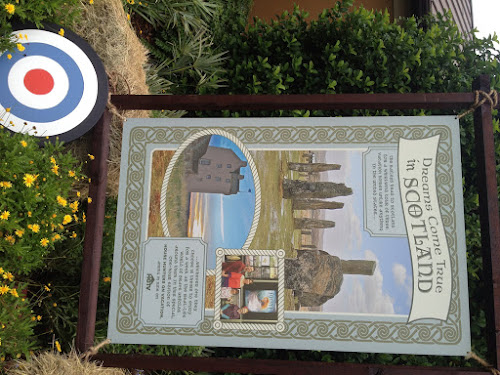 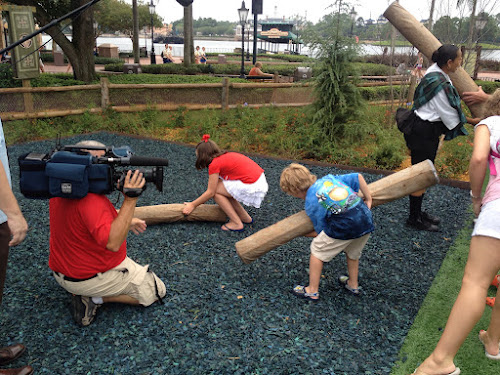 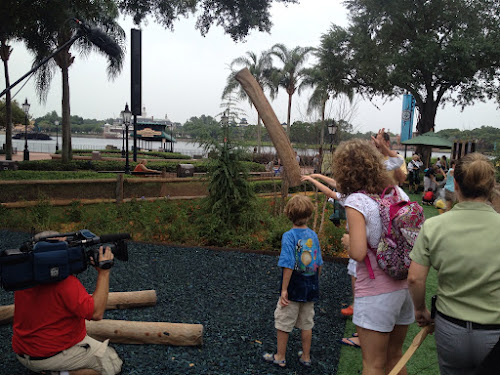 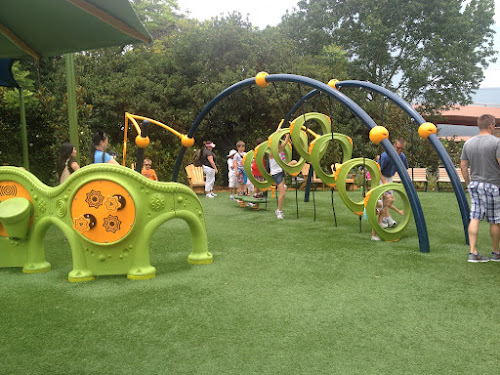 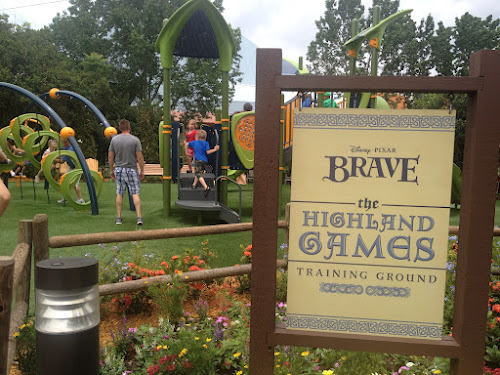 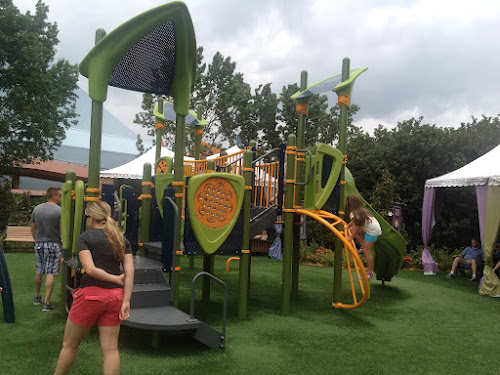 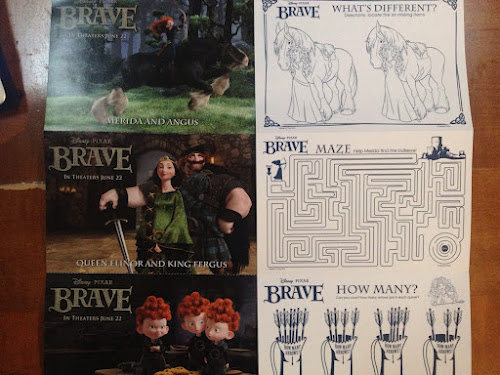