At Universal Orlando, the Universal Studios Florida theme park is the focus of the bulk of the resort's current construction, with a buzz of activity surrounding the Transformers, Simpsons, and Harry Potter expansion projects. But that doesn't mean all is quiet at Islands of Adventure next door.

Yesterday, I stopped by IoA to photograph progress on three construction projects; one recently completed, and two still in progress: 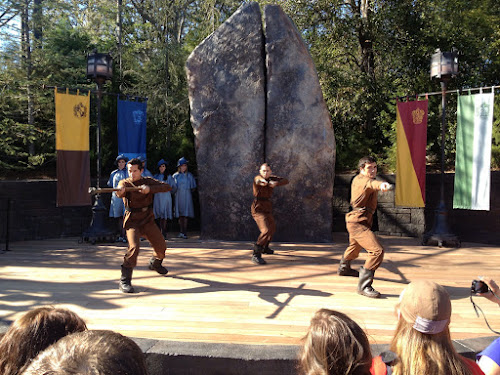 Here is the now-complete performance stage in the Wizarding World of Harry Potter. Previously, this was a bare patch of concrete; now, the actors portraying Hogwarts students have a suitable stone and wood stage to stand upon. 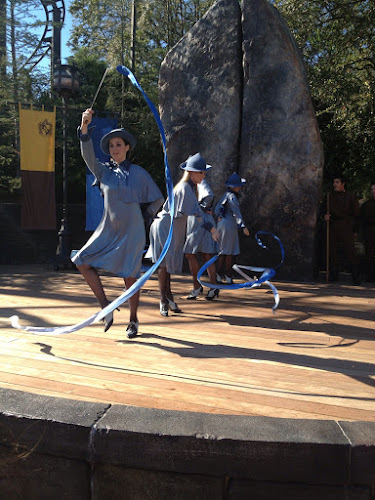 The only criticisms I can make is that the integration of the pre-existing stone monolith (which now appears significantly shorter) is awkward, and the wooden flooring needs more aging to look authentic. Otherwise, it's a nice addition that will finally allow shorter guests to see the short shows staged here. 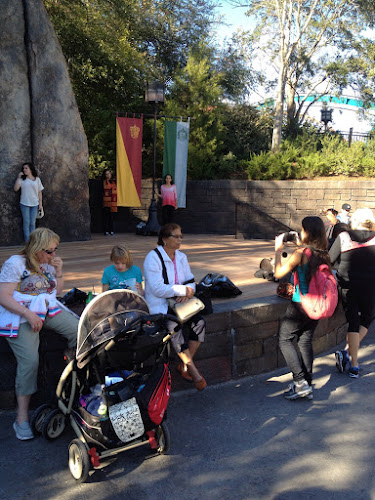 Around the corner, a giant construction crane marks the future location of the Hogwarts Express train station. 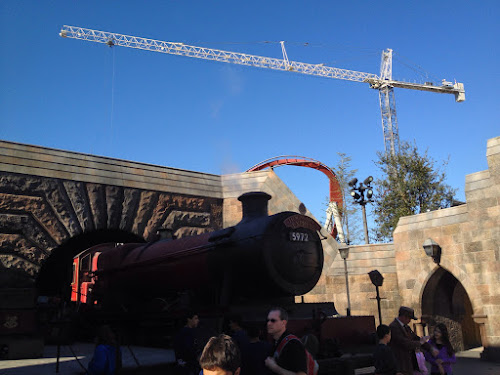 It's even visible from the greenhouse in the Forbidden Journey queue. 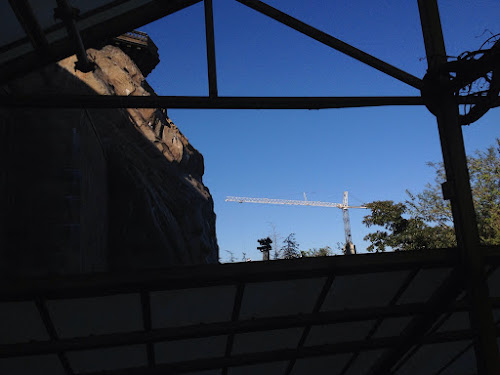 Guests will embark here for a one-way trip to the Kings Cross station in USF's upcoming London Potter-land, enhanced by simulated windows showing passing scenery (and some magical surprises). 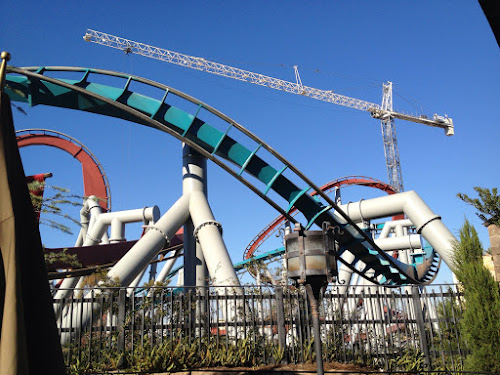 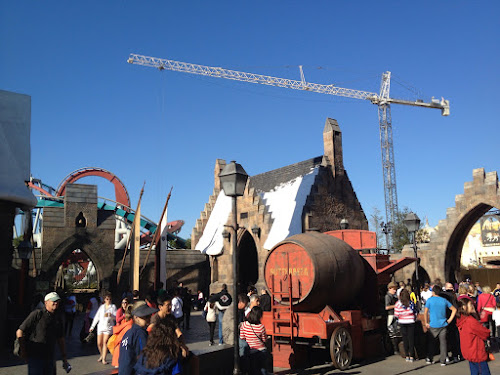 Construction on the IoA end of the route has recently gone vertical; note how close the new block work comes to the Dragon Challenge roller-coaster track. 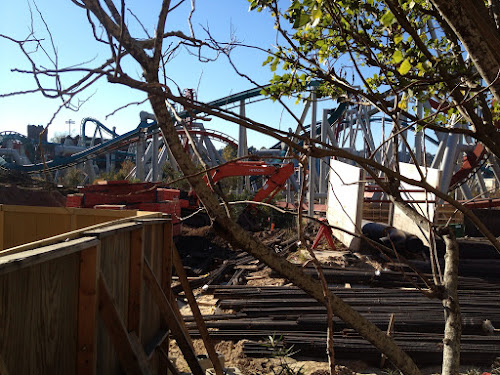 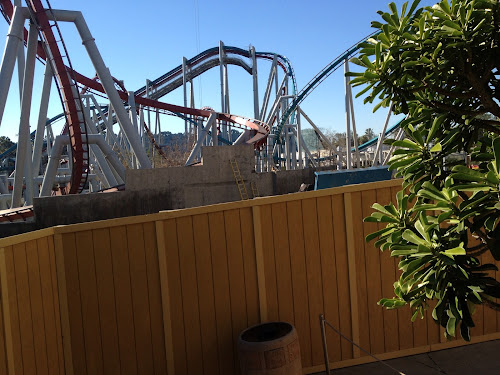 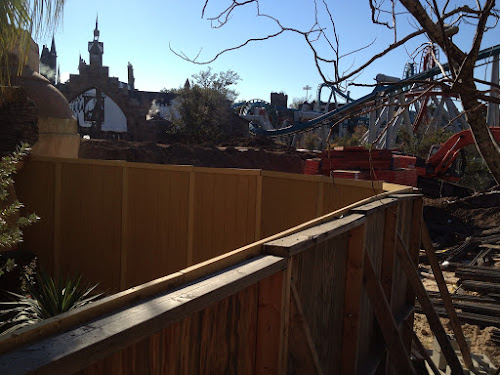 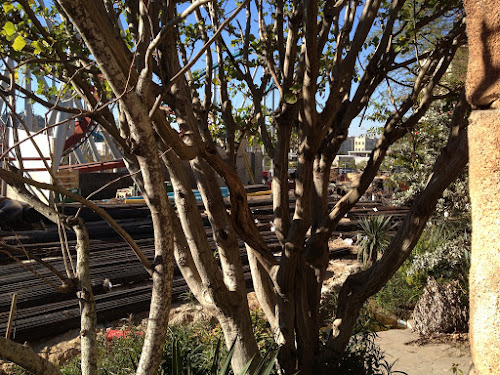 Perhaps some close encounters with the new train station will return some of the thrill lost when the Dragon trains ceased dueling. 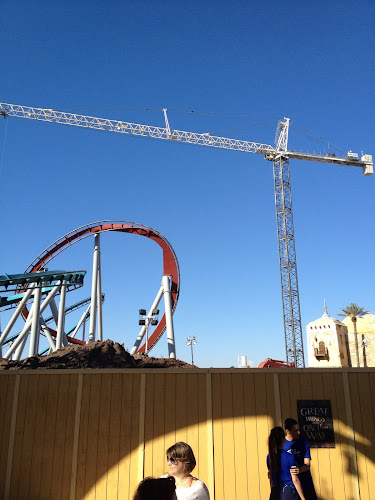 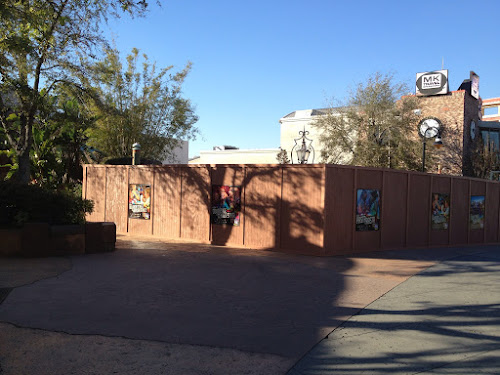 On the other side: not much, other than a dumpster, an old Blue Man Group sign, and some torn-up cement. Possibly this is just minor repair work, but we'll have to wait and see... 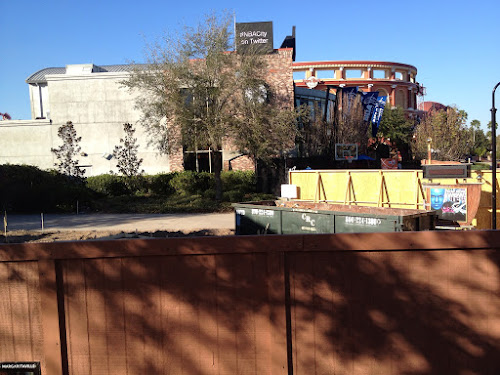