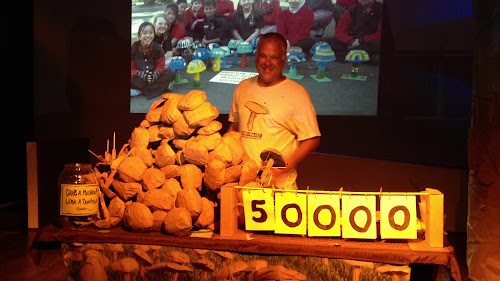 Last night (3/28/13) at The Venue in Ivanhoe Village, Orlando artist Doug Rhodehamel made his 50,000th paper bag mushroom in front of a cheering audience. Rhodehamel's elaborate installations animals made from recycled materials have been seen locally at the Orlando Science Center, Stardust Video, and Say It Loud!, but he's best known for his Spore Project, which has spread fake fungi to every continent on Earth.

Once the mushroom milestone was reached, the crowd partied to vintage vinyl spun by DJ Nigel John. Enjoy these photos from the evening, featuring the climactic final mushroom making (which was counted down by the artist's mother). 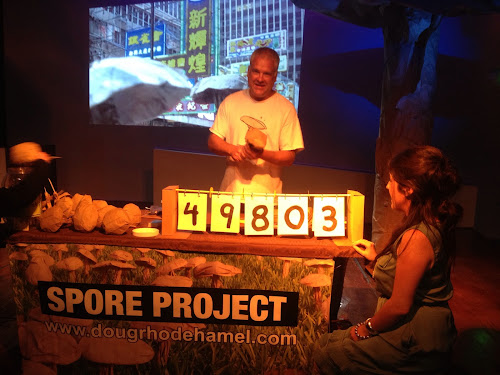 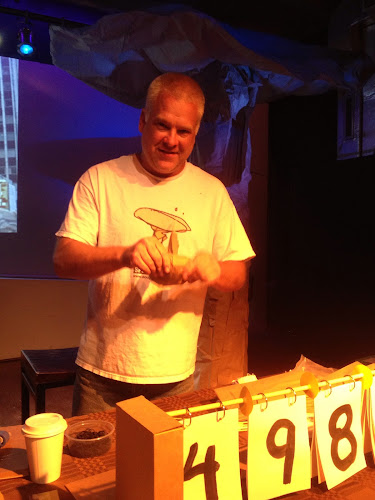 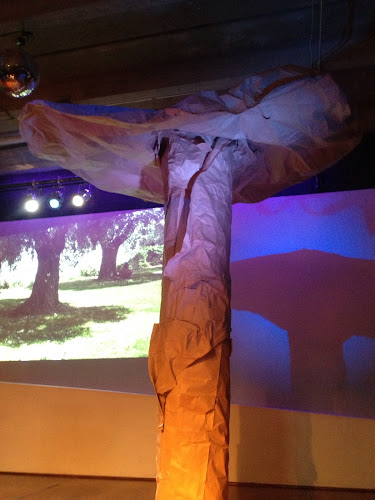 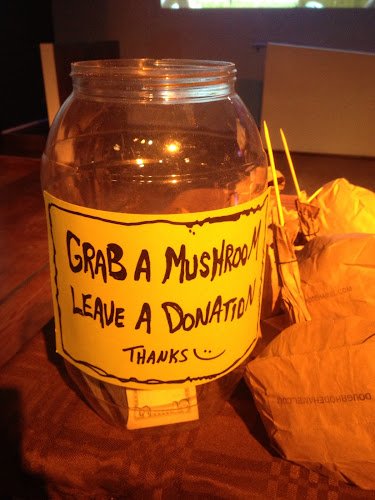 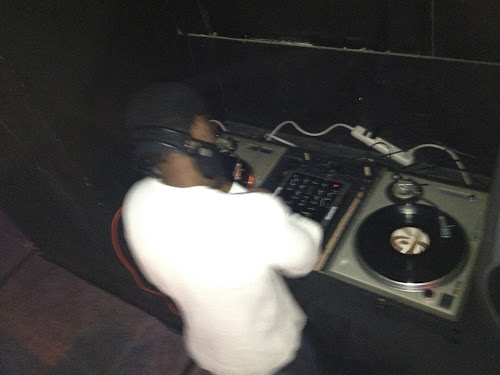 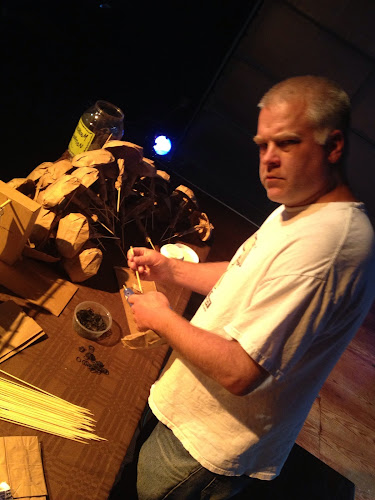 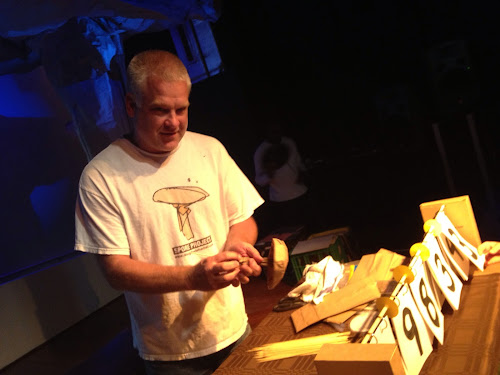 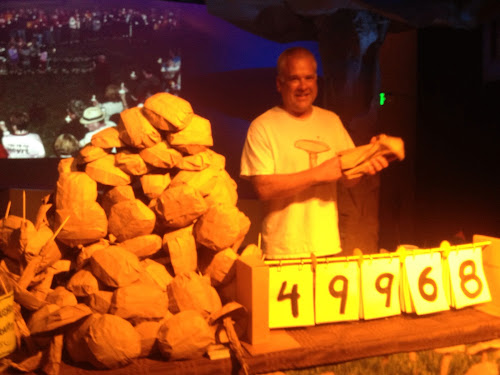 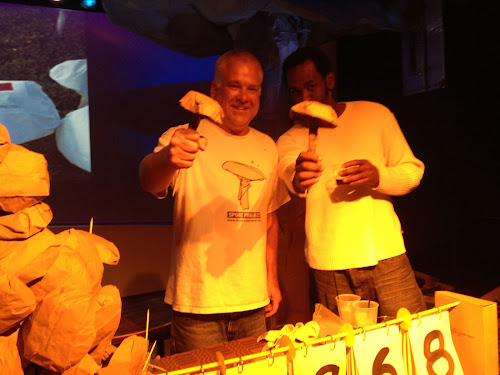 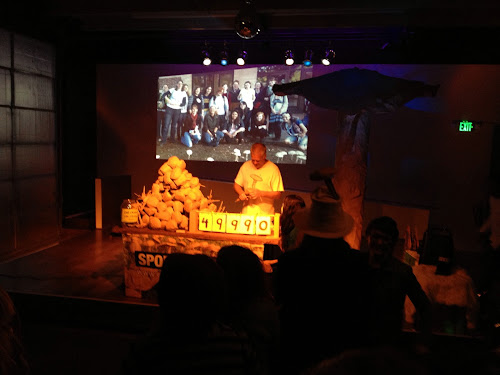 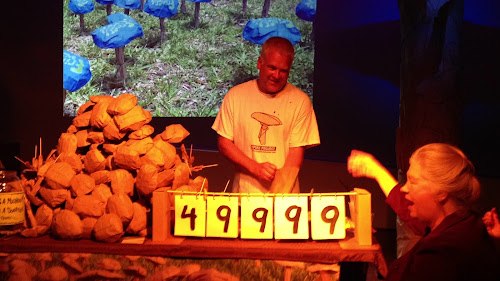 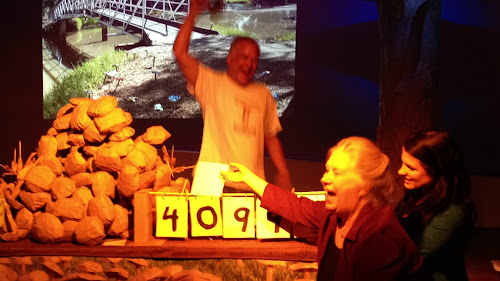 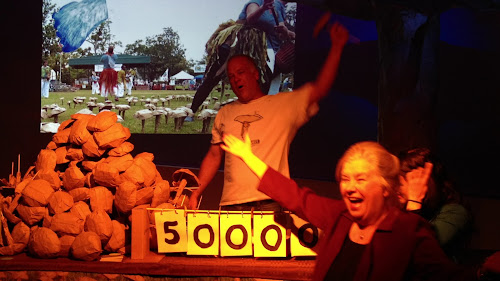 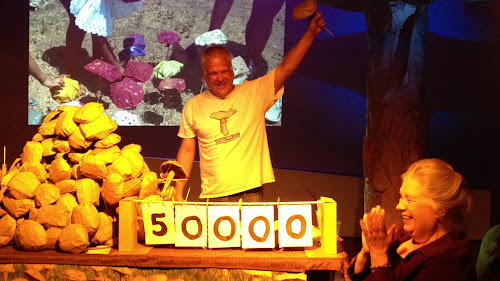 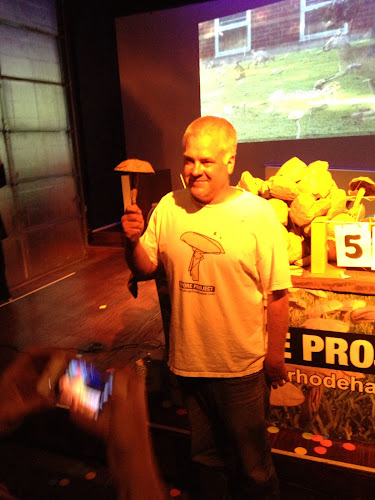 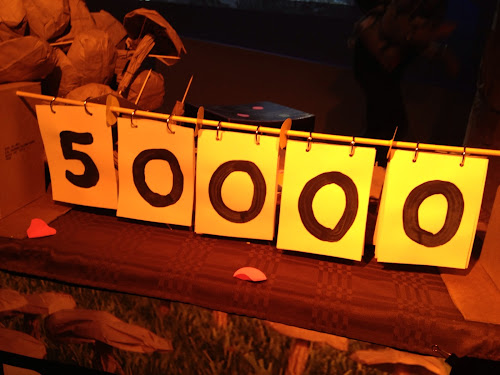 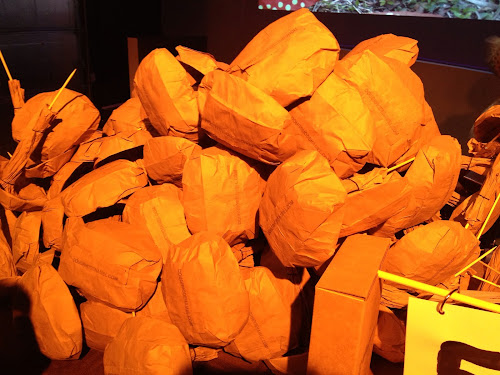 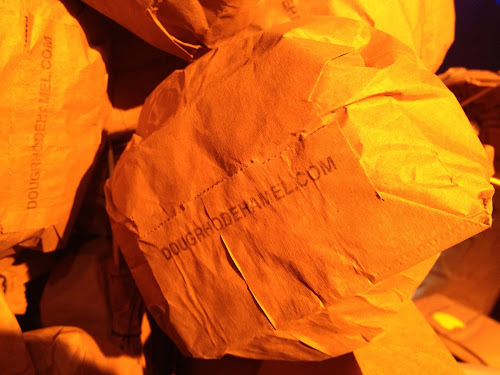 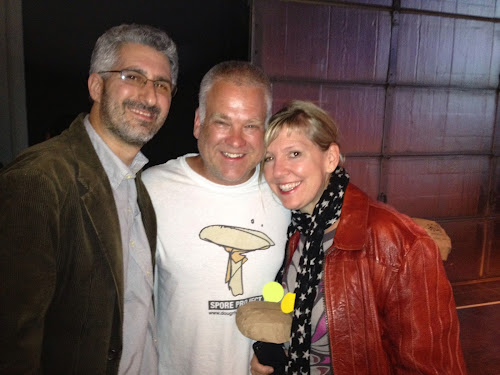